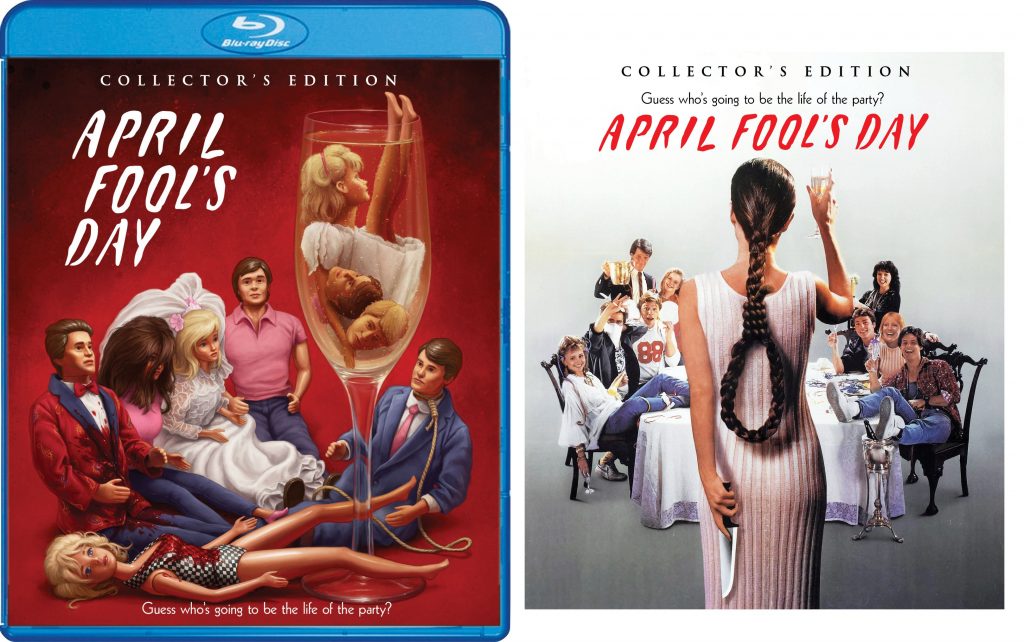 It was recently announced that Shout! Factory/Scream Factory are going to be releasing the genre bending horror classic APRIL FOOL’S DAY on Blu-ray, and that my Reverend Entertainment will be doing the special features. The two covers have been unveiled, as well as the street date of March 24th, 2020. Features will be announced soon. Pre-orders are open now at ShoutFactory.com! If you order direct from Shout! you also get a rolled poster of the great new alternate cover art.

GOOD FRIENDS … WITH SOME TIME TO KILL.When Muffy St. John (Deborah Foreman, Valley Girl) invited her college friends up to her parents’ secluded island home for the time of their lives, she just forgot to tell them it just might be the last time of their lives.As soon as the kids arrive on the island, someone starts trimming the guest list … one murder at a time. And what starts out as a weekend of harmless “April Fool’s Day” pranks turns into a bloody battle for survival.It’s just what you’d expect from the producer who brought you Body Parts, Species and three of the Friday the 13th films!