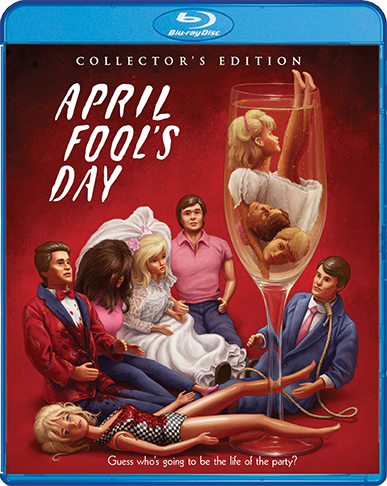 The extras for Scream Factory’s upcoming APRIL FOOL’S DAY Blu-ray from my Reverend Entertainment have been unveiled. The film streets March 24, 2020 and comes with a poster of the fantastic new cover art when pre-ordered at ShoutFactory.com. Details below,

GOOD FRIENDS … WITH SOME TIME TO KILL.

As soon as the kids arrive on the island, someone starts trimming the guest list … one murder at a time. And what starts out as a weekend of harmless “April Fool’s Day” pranks turns into a bloody battle for survival.

It’s just what you’d expect from the producer who brought you Body Parts, Species and three of the Friday the 13th films!